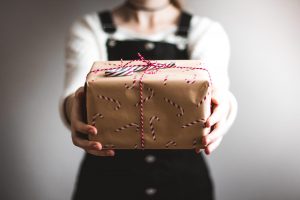 Advances in mobile tracking technology have enabled courier and logistics company Dawn Wing DPD to cope with the substantial growth in the movement of parcels, says CEO Mike Fanucchi.

He comments that the growth in parcel volumes that Dawn Wing is experiencing can be attributed to the increasing use of the courier as part of other organisations’ supply chains.

“Without general packet radio service mobile tracking technology(GPRSMMT) technology Dawn Wing would be unable to efficiently manage the change that has occurred in the courier services industry,” he says.

The logistics system was developed and adapted to Dawn Wing’s requirements by logistics software solutions provider Dovetail. The system allows Dawn Wing to handle an increase in parcel volumes without having to employ more delivery personnel, adds Fanucchi.

The system received the gold award at the Logistics Achievers Awards held in September.

Fanucchi attributes the success of the system’s implementation to the fact that the company is a smaller entity in an international network partnership.

Dawn Wing DPD is in partnership with international express parcel company DPD, giving it access to a global network and is a subsidiary of diversified logistics company The Laser Group.

Dawn Wing functions locally and can tailor its service offering, and subsequently its logistics system, to what is needed in the South African market, without having to follow an international organisation’s business structure.

Fanucchi says that without GPRSMMT based logistics software, Dawn Wing would not be able to provide the additional services that potential clients have begun to expect, one of which is a visible supply chain.

In addition to couriers making deliveries as promised, clients also want real time access to information about the delivery process, they want to see how quickly their parcels are moving along the delivery supply chain.

The GPRSMMT tracking in Dawn Wing’s logistics system enables Dawn Wing to provide a constantly updated information service to its clients in real-time.

Fanucchi says that the system uses the internet to tell Dawn Wing’s clients that their parcels have been delivered, within minutes after actual delivery.

He says this has enabled Dawn Wings’ proof of deliveries (PODs) to evolve. Electronic PODs provide quick feedback to clients, which Dawn Wing’s clients are now asking for.

In addition to providing a visible supply chain, a GPRSMMT logistics system like Dawn Wing’s makes fetching and delivering orders placed over the internet much faster and easier, adds Fanucchi.

He says that the Internet provides an opportunity to order goods in real time, at any time of the day or night. A delivery system should also be in real time if is to efficiently meet the demands placed on it by an Internet ordering service.

While Fanucchi acknowledges that the volume of orders placed over the Internet in South Africa is nowhere near the volume placed in Europe, he says it still presents a huge logistical challenge.

However, Fanucchi says that Dawn Wing’s GPRSMMT logistics system is an efficient method for managing its own internet order fulfilment.