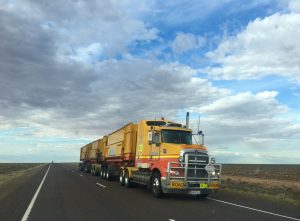 International freight and moving company Elliott International tells Engineering News that road transport into Africa is a more feasible and cost-effective way of transport within Africa and is being chosen over shipping and rail in many instances.

The company has opened a route from Botswana to Dar es Salaam, in Tanzania, and,  although there are many challenges that face the logistics industry when it comes to African road transport, it has proved to be the most cost- effective option.

“With obstructions at se ports in Africa, deliveries that would usually take less than a week by road are extended by up to a month, so, ultimately, road transport is the fastest option,” says Elliott International sales director Botswana branch Aubrey Bowles.

He says that, even with the poor road conditions and infrastructure in Africa, road transport still has the quickest delivery time because of the delays caused by sea traffic. Port charges get charged after 48 hours of the ship docking and for each additional day that it stays in port, which adds to the final cost that the customer must pay. Also, in the case of household goods being delivered, clients are kept waiting and need to find alternative accommodation until their shipment has arrived.

A four-day journey by sea is extended because of the time it takes to clear the cargo, which could take up to ten days, in  addition to a 20-day hold-up  because of congestion and, should a container need to be stored, locating and getting a specific crate out from among hundreds of others is also time consuming and difficult. All of these delays are easily avoided with a well-planned road delivery that could take nine days from Harare, in Zimbabwe, to Dar es Salaam.

Owing to bureaucracy, the  decisions that need to be made, as well as the costs and delays  involved, Bowles says he does not see the infrastructure of Africa’s road, rail and sea transport improving any time in the near future.

He says that Africa is a dif-ficult place to operate in and the industry is not without its challenges. Elliott tracks the cargo it transports into remote areas of Africa and, after crossing the Zambezi river, communication does become difficult. However, all the drivers are equipped with international roaming cell phones, checks are done at every border post by Elliott agents and communication takes place with drivers daily throughout the journey.

Elliott trucks are carefully maintained because of the  remote areas in which they travel, drivers fill up the fuel tanks at every border to avoid the risk of breaking down in countries where there is a severe shortage of fuel and routes are planned along the safest roads.

Congestion in crossing the Zambezi river is always a concern. Bowles says that, because of the vast number of people wanting to get out of Zambia into Botswana and other surrounding countries, the border posts are always congested, but once construction of the Zambezi river bridge is completed, this should ease the queues and allow traffic to flow more freely.

Meanwhile, although the rest of the world is cutting back on costs because of the financial  situation, Elliott International  reports that, in Africa, business is strong and the Botswana branch of the company has been affected only mildly by the crisis.