The South African Post Office has developed a reputation for offering poor service to its customers.

This was shown in 2018 when a mail backlog that started in May took six months to clear.

This, combined with a two-and-a-half week strike in July and a week-long go-slow for a week prior, meant the SA Post Office developed a backlog of several million letters and mail items.

Post Office delivery tests by MyBroadband in July and August 2018 showed the extent of the problem in the real world, and saw the Post Office fail to deliver a single item of mail on time.

In fact, one letter that was meant to take three days to be delivered took 81 days to reach its destination.

To put this in perspective: the delivery of this letter took longer than it took the Roman Empire’s letter delivery service over 2,000 years ago.

In November, however, the SA Post Office claimed that it had cleared its backlogs – which meant that all deliveries from then would arrive on time.

“SA Post Office worked tirelessly to resolve the factors causing the processing backlog. It is pleasing to report that these issues have now been addressed and the backlog is resolved,” said Barnes.

To see if the SA Post Office was telling the truth, and if South Africans can expect better service in 2019, we put the organisation to the test.

From a Post Office in Centurion, letters were sent to addresses in four cities:

Each of these letters were sent at the same time, from the same location – the Highveld Post Office – on 25 January 2018.

According to the SA Post Office’s licence conditions, which are set by ICASA, it needs to deliver 92% of all ordinary mail within five days.

After 11 days – over twice the time stipulated in the Post Office’s guidelines – none of the four letters we sent had reached their destination.

This shows that the SA Post Office is not living up to its licence conditions or its promise of delivering on time.

The graphic below provides an overview of MyBroadband’s latest Post Office test. 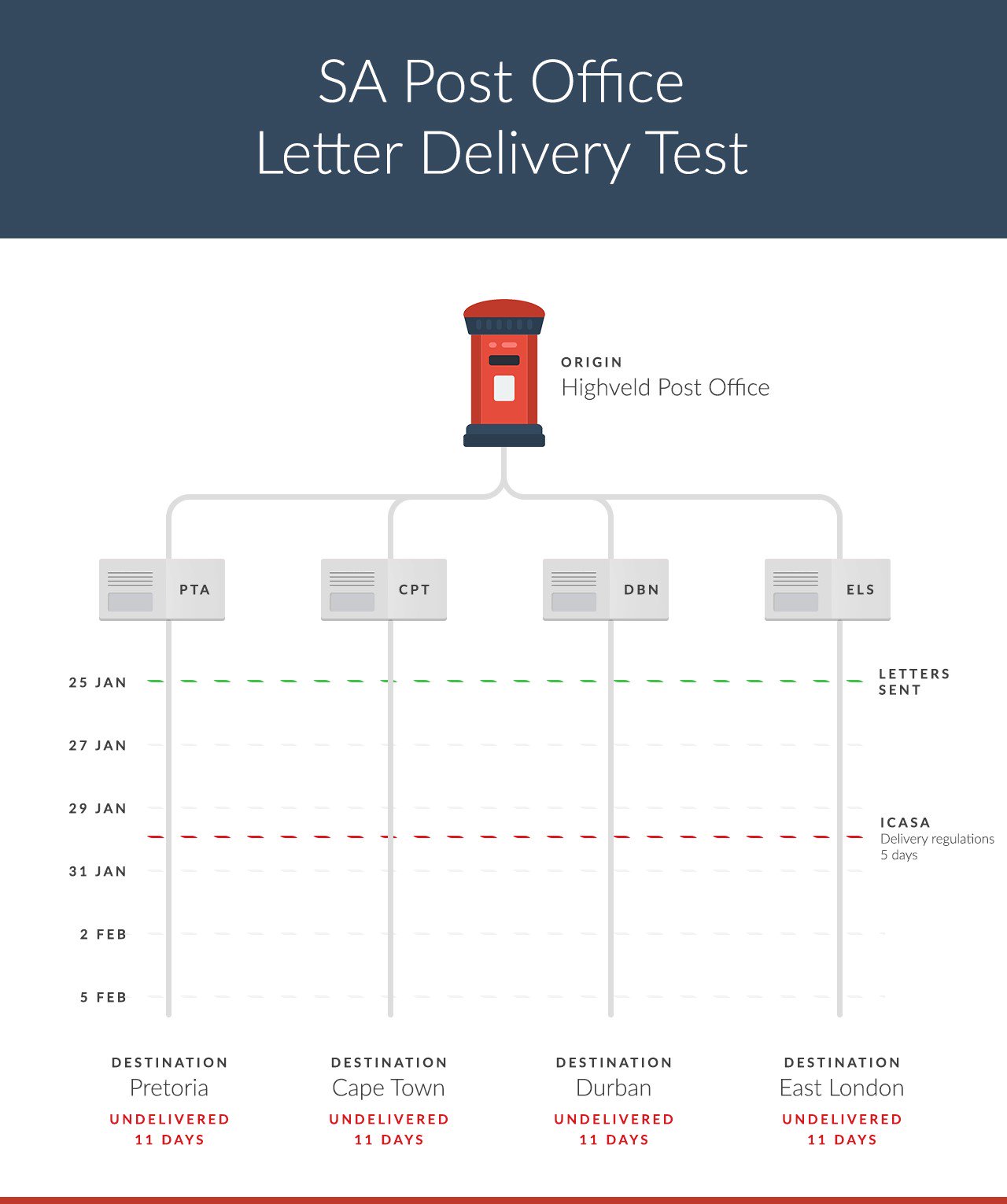